A short tour in one of the most beautiful Italian region: Marche. Discover the San Bartolo Park from Gabicce to Pesaro by motorcycle.

The panoramic road that crosses the Natural Park of Monte San Bartolo and that links Gabicce to Pesaro is a true mix between art and nature.

Gabicce Mare is famous for its natural beauty, made even more fascinating by the promontory of Monte San Bartolo on which stands Gabicce Monte. The beach is beautiful, the sea warm and above all clean. If we add great food and the warm welcome of the Marche region, we understand why it is one of the most fascinating tourist destinations on the Adriatic coast of the Marche.

We start by motorcycle: the stretch is short, perhaps more to be considered a walk, but certainly a gem not to be missed, indeed to go slowly to enjoy the park and the really beautiful panoramic stops.

We recommend a stop at the medieval village of Gabicce Monte, within the San Bartolo Natural Park, with its Piazza Valbruna, some small old houses that surround it and the Church of Sant’Ermete, at the entrance to the town.

During the summer we recommend a dip in the beautiful Bay of Vallugola, a real paradise for those who want to get out of the chaos of the Riviera: set in a beautiful inlet protected on the sides by two headlands that separate it from Gabicce and Casteldimezzo. This beautiful bay has a beach of colorful pebbles and crystal clear water, a true rare pearl of the Adriatic Sea.

We make a brief stop at the village of Casteldimezzo, due to its middle position between the castles of Gabicce and Fiorenzuola di Focara. There was a time when the village had an important port on the slopes of its hill and the protection offered by the adjacent fortified centers made it a very important castle. Contended between the Ravenna and Pesaro Church first and between the two branches of the Malatesta family then, Casteldimezzo housed impressive military garrisons both at the times of the already mentioned Lords of Rimini and those of the Sforza and Della Rovere families. Unfortunately, the slow erosion of the sea on the hill in 1648 caused half of the country to collapse in the blue of the Adriatic.

We continue a few more kilometers and we find ourselves in Fiorenzuola di Focara. Unfortunately the collapses, the landslides and the earthquakes that have occurred over the years have affected so much on the place and today the ancient fortress is mutilated. This village overlooking the sea still retains an immense charm, with the remains of the pentagonal walls and the three surviving bastions, and the beautiful gateway. Of the church of Sant’Andrea remains the suggestive bell tower with the clock that with its strokes marks the passing of time.

We recommend before, after or during the route, obviously a detour (I would say obligatory) to the famous Borgo del Castello di Gradara. 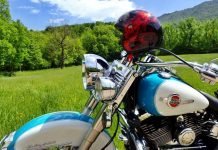 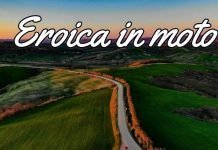 Eroica® – Tuscany by bike or motorcycle 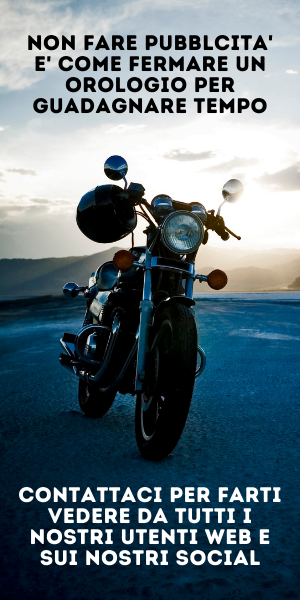 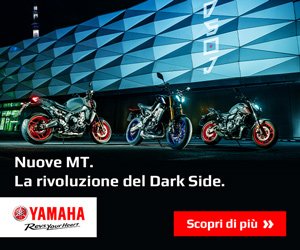 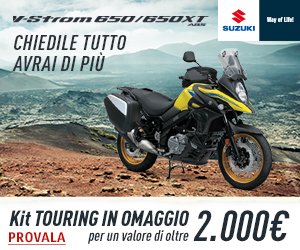